Final Fantasy XI was the first released MMORPG in the Final Fantasy series. The core game software allows players to experience the storylines of the three starter cities through mission rank 5 and play as 12 different jobs. 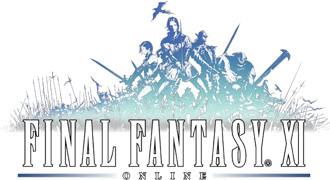 An expansion pack is an optional add-on that provides a significant amount supplemental content to a game, with continuous support from ongoing version updates for an extended period of time. In Final Fantasy XI, past expansion packs have added additional areas, new types of monsters, new cities and NPCs, new quests, new story missions, and additional jobs.

Unlike expansion packs, add-ons are only able to be purchased as a digital download through PlayOnline or as part of bundled Final Fantasy XI software collections. Each individually has far less content than a full expansion and all content is present and accessible upon release of the add-on. The first three released add-ons focused on story content, each adding a full mission-based storyline and one unique piece of armor as a reward for completion. The latter three released add-ons focused on battle content, where only a limited amount of storyline was added, but a significant amount of battle-related content, including a vast amount of new equipment, was added.

Announced as part of a press conference, Rhapsodies of Vana'diel is the final main storyline mission scenario and serves as the combined finale of each of the above expansions and add-ons. Below is a quote from Square-Enix's conference digest.

"This scenario will serve to tie together fourteen years of FINAL FANTASY XI, and we aim for it serve as the ultimate compilation of all we have accomplished to date, with major characters from throughout the game's history making appearances--a feat that only a game as storied as FINAL FANTASY XI can offer. The scenario will consist of three separate chapters, debuting in the May, August, and November version updates, respectively. Coming along with the scenario are exciting new battle content, never-before-seen rewards, and a variety of other additions to engage players of all different stripes. We plan for this to be a grand conclusion to the FINAL FANTASY series' first MMORPG--and indeed, the first console MMORPG--in a way that will be recorded in the annals of the genre's history."

Unlike other expansions and add-ons, Rhapsodies of Vana'diel is available without the need to purchase; with the only caveat of requiring expansion progression in order to complete the missions.