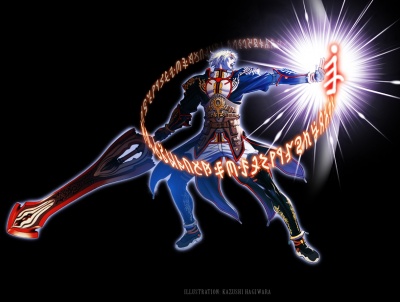 You tank stuff, and you DD stuff. Yes, you can even do both simultaneously.

Nothing holds hate better off DDs than the tank being a DD with enmity spells and abilities.

<Write about merit choices, job points too if you want>

For those of you who are not inundated with the ins and outs of tanking with /BLU here is how it works:

If you were really desperate for AoE hate then you could also use Soporific, but coordinating your abilities with the recast of the aforementioned two spells is likely enough in most situations.
I also find Sandspin worth a mention as it has a niche use. While Sandspin will gain you just about no enmity it casts twice as fast as the previous spells and is an AoE. This is valuable for tanks who have many mobs on them and are being interrupted while casting the typical AoE hate spells. Sandspin can be used by those without a -102% spell interruption rate midcast set to tag mobs and then use an ability for hate, if only a little more successful.

Setting spells on for tanking /BLU focuses simply on a few enmity spells and then the rest are either for some traits or mostly due to their stat boosts. I personally focus on HP+ first before moving to VIT and AGI.