Exciting new quests for both dancer and scholar jobs have been scheduled for the next version update. Through these action-packed quests, you will be able to learn more than ever before about the Vana'diel of the past, as well as get your hands on new artifacts and even break higher limits!

What fate awaits our courageous adventurers? The following is just a taste of what you can expect in the next version update: 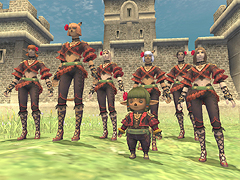 Learn about the establishment of Troupe Brilioth as well as the shrouded past of its charismatic founder and leader, Laila. Who was the mysterious piper by the lake? And what is the significance of the seemingly innocuous glowing pebble? All will be revealed as the wheel of fate sets the stage for the final dance-off... 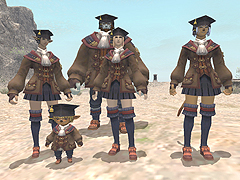 The grimoire--a tome of tactics and strategies in magic, penned by Schultz II... What secrets are concealed within this artifact of immeasurable value? Bear witness to the rise and fall of the Schultz School of Martial Theory during the Crystal War, and discover the truth lost within the dark passage of time. Brace yourself for the shocking finale!