With the release of each version update, Vana'diel continues its transformation into an ever more adventurer-friendly realm. In staying true to this tradition, the development team is working hard on a host of adjustments and additions that will allow our players to focus on what they do best: adventuring!

To date, recharging these items required that adventurers call upon guard NPCs located within designated conquest areas and towns. Depending on their current job level, however, adventurers may find these areas to be a considerable time and distance away from their current base of operation. To address this inconvenience, West Aht Urhgan and Past Vana'diel are scheduled to be added to the list of rechargeable locations for the bands. The price of the service in these new locations will be consistent with that of existing areas.

That these mysterious containers house an assortment of highly sought-after items such as artifacts and maps is no secret. Such is their popularity among adventurers that those who seek them wishing to acquire the aforementioned items are often left frustrated by others who have different spoils, namely miscellaneous items and gil, in mind. The December version update will see the respawn time for coffers and chests significantly cut specifically for those in the hunt for items such as artifacts and maps.

Recent adventurer lifestyle-related improvements made to town areas have focused mainly on the three nations. In light of current adventuring trends in Aht Urhgan and the recent influx of new adventurers, the spotlight has been cast once more upon Jeuno. Adventurers can look forward to the following changes during their visits to the duchy following the December version update:
- The sales tax imposed on bazaars will be abolished in all areas of the duchy.
- Teleportation to Aht Urhgan Whitegate will be available for mercenaries via the Salaheem's Sentinels representative NPC in Upper Jeuno. 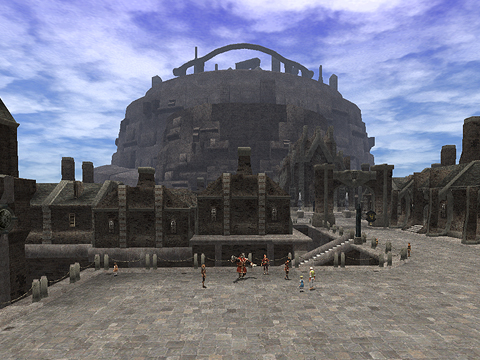