This category is opened during the quest Thanks for All the Fish and the objectives can only be completed while wearing a Lu Shang's Fishing Rod. 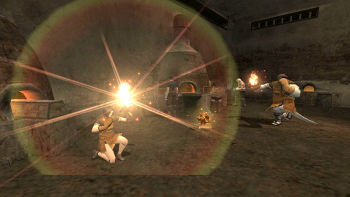 Unity shared and unity specific RoE quests are not repeatable, but are reset at certain times, like the daily objectives.

The Wanted quests do not reward Accolades for completion, they cost Accolades to participate and reward a coffer for each time you kill the respective NM.

The Records of Eminence objective First Step Forward must be completed before this category is accessible!

To get this category to appear, you must complete 50 unique objectives in other categories, then speak to Nantoto at (H-8) in Lower Jeuno.

Upon completion of any of these objectives, you must redeem your cipher, talk to Jamal, zone out of Ru'Lude Gardens, and talk to Jamal again to start the next objective.

After completing the above RoEs, zone and speak to Jamal to wrap up his dialogue. Next, speak to Marjory to begin. She will give you the Memory gem key item and allow you access to the first quest. Completing these three RoEs and returning to Marjory will increase the level of your summoned trusts (see Marjory).

To get this category to appear, you must complete The Voracious Resurgence Mission 4-4, then speak to Elijah at (G-6) in Upper Jeuno.

Pages in category "Records of Eminence"

The following 29 pages are in this category, out of 29 total.