Difference between revisions of "Category:Odyssey" 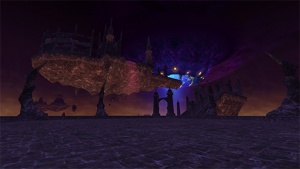 Various Notorious Monsters may be spawned by trading UCNM Materials or paying 10 Izzat to the various Ethereal Junctions within the instance.

The various normal enemies that patrol areas within Sheol are all aggressive.
They come in two varieties, all behave accordingly to their real world brethren, have ~30,000 to ~65,000 HP, depending on the floor they're on, and take reduced AoE damage similar to mobs in Domain Invasion and Dynamis Divergence.

Successfully reaching the end of an Odyssey, when examining the Otherworldly Portal, rewards the player with an amount of gil and possible

Large Lustreless Scale Boxes based on the number of foes, NMs, Agon enemies, and Mimics defeated to each player individually.

Examining the Otherworldly Portal is when individual rewards are issued, not actually leaving the instance via it; each person must examine it themselves in order to receive their reward.

The following 18 pages are in this category, out of 18 total.