Fireworks displays, Sunbreeze dances, and other festivities will commence each day at nightfall in the following locations:

Only with your spirited show of support can Mighty Maidens Mumor and Uka hope to prevail in their battle against evil! Find out more about how you can lend a hand to our irresistibly adorable heroines by speaking to a moogle posted near the show's venues at the following locations:

Interested in the Superheroine Stage Show? You can see Mumor in all her splendor in the following locations:

Those who aid Mumor in her fight against Ullegore will receive an Agent (♂) / Starlet (♀) costume as well as other rewards! Be the envy of all your friends!

After the curtain has closed on the Superhroine Stage Show, Mumor, Uka, and either Foudeel, Bashraf, or Wahboud will appear to sell a variety of items for your perusal!
Purchasing items between shows results in faster synchronization with Mumor (a message will be displayed in the chat log to that effect).

Upon receiving your After-party pass from the "Fantastic Fraulein Mumor's Superheroine Show" you may opt to participate in the after party. Which is a battlefield known as Mumor's Encore.

This fight is intended for Item Level >117 players (CL117), and Trusts may not be called.
Any reasonably geared DD sub Ninja for shadows should be able to solo this fight as Ullegore's most threatening aspect is his casting of single target tier 5 elemental magic.

The key item is lost upon entering the battlefield. Upon victory 6 Ullegore Statues will drop. Return to the MHMU Moogle in one of the following positions to receive a Mumor Statue as well: 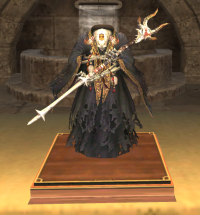 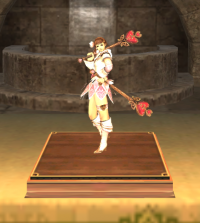 The Superheroine Stage Show is certainly a spectacle to behold, but why limit yourself to sticking to the sidelines? Several minigames are available for you to enjoy in the three locations listed below. "To the victor go the spoils!" – winning a minigame will reward you with some fabulous prizes only available during the Sunbreeze Festival. Act now, before it's too late!
Southern San d'Oria (H-9) / Port Bastok (K-8) / Windurst Woods (K-12)

All minigames cost 10 gil to play each time. While wearing your Agent or Starlet outfit you will be able to play the game in "hard mode".

San d'Oria:
The goal is to spot the difference in each scene. Failing means you must start over.

Bastok:
Quick Draw McGraw! You have one minute to shoot as many enemies as possible while aboiding hitting a Pixie.
A target will pop up for a briuef moment and you will be prompted to "shoot" or "wait" which will skip to the next target. Shooting a pixie will end the game so choose wait to save time and move to the next target.

Windurst:
Time to pick up chicks! We all know that women don't play FFXI so that means Chocobo chicks.
You will have one minute once again in order to move your chocobo left or right in order to collect the baby chocobos. Beware as there are Mandragora mixed into this as well. Yes, you guessed it; collecting a Mandragora immediately ends the game in failure.

Timing is everything in this game. You will need to get a feel for it, but collecting a chick needs to be done slightly before the line.

As is tradition for the Sunbreeze Festival, the ever popular goldfish scoop will be held once more. Don't let those slippery little buggers get away! Try your hand in the following locations:
West Ronfaure (G-10) / South Gustaberg (E-8) / East Sarutabaruta (H-8) / Rabao (F-7)

NPCs for goldfish scooping may be located in the following locations:

Goldfish Basket. You must then buy

Super Scoops for 100 gil each.

The following equipment assists with scooping and may be purchased from the moogles at the following locations: Northern San d'Oria (D-8) / Bastok Mines (H-8) / Windurst Waters (G-10) / Upper Jeuno (G-7)

Improves the quality of goldfish encountered:

Allows two goldfish to be caught at once:

Messages break down per fish in the following manner:

Once you have a decent haul, trade your fish back to the NPC to receive your points.

Points may be exchanged for the following:

Adventurers who have equipped the Agent/Starlet armor sets available as a luscious awards from the Superheroine Stage Show need but speak to the moogles located in the following areas to teleport between the three nations at any time.
Southern San d'Oria (I-8) / Port Bastok (L-7) / Windurst Woods (K-10)

While this year's Sunbreeze festival awards are beyond compare, we know that some of you are itching to get your paws on last year's goodies. Never fear, for the vendors in the following areas will be more than happy to satisfy your desires!
Northern San d'Oria (D-8) / Bastok Mines (H-8) / Windurst Waters (G-10)
These intrepid salesmen will be present for a limited time only, so grab your rewards before it's too late!

Visit the aforementioned vendors to purchase various robes and swimsuits for your lockstyling pleasures. Certain outfits may be practical for Goldfish Scooping, or even for a heated Dynamis - Divergence wave 3 battle.

When both the Green Festival and the Sunbreeze Festival are active, a second Cafe Maid begins to sell special food in Lower Jeuno at the Morbol Cafe (G-9).