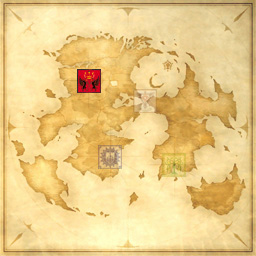 Located in the forests of the Ronfaure region, San d'Oria enjoys access to an abundance of fertile lands on which to grow crops. Along with the export of grains and other foods to nations such as the Republic of Bastok, San d'Oria also enjoys a booming lumber trade. On the nearby La Theine Plateau, the ancestors of the modern Elvaans learned to ride and domesticate wild chocobos allowing for swift, safe, and long distance travel.

The San d'Orian government is a monarchy headed by a king from the d'Oraguille family. The king commands two groups of knights - the Royal Knights who protect the kingdom from outside threats, and the Temple Knights who maintain civil order within the borders of the Kingdom. Since the Temple Knights are funded by the Cathedral, the king must rely upon the papsque to allow their deployment for any military operations.

The population of San d'Oria consists almost entirely of Elvaans. A closed society, San d'Orians generally shun and distrust outsiders within their city walls. This has brought about a population decline in recent years, leaving many nobles fearing for the future of the once preeminent nation. There are some in the highest ranks of power who wish to focus on finding a certain majestic relic to bring the country great power, but there are others who wish to shed light upon the sins of twenty years past.