Speak with Incantrix to get started. 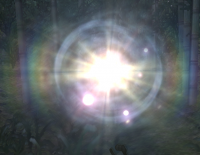 As of the February 2017 update[5], two progression paths have been introduced: One where the player(s) encounter boss NMs and one devoid of boss NM floors. 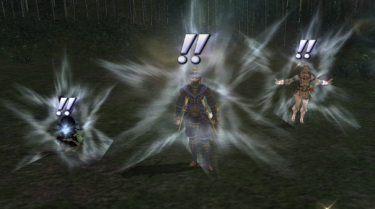 Completing a main objective opens the next floor.

Apart from objectives required to open ethereal ingresses, the first, second, and fourth area have additional objectives that will display when you are first detected by a foe or are otherwise placed on an enmity list. The number of objectives and time limits are 3 in 180 seconds, 3 in 180 seconds, and 5 in 300 seconds, respectively. Any party member can contribute towards any objective; and as of the May 2017 update[6], Trusts' weapon skills will now contribute to any of the weapon skill related objectives (including skillchains).
The objectives will automatically fail if you leave the area or time expires.

The following objectives have been observed, with X being party size:

Area of effect attacks only count once regardless how many targets they have.

The job cards you earn depend on the job you are participating as.

Paragon Job Cards, used to upgrade Reforged Artifact Armor +1, directly delivered to players (not through the Treasure Pool) after each player meets the requisite conditions:

There appears to be a small chance that warping up from either floor 3 or 5 will lead you to a floor filled with several treasure chests in a circle.
The conditions to trigger these floors are not entirely clear, but:

Potential rewards confirmed from these chests are job cards, a Mystical canteen entry KI, gil and armor/accessory drops from Omen.
It is unclear whether specific drops come from specific chest floors and how to trigger the individual types of chest floors. 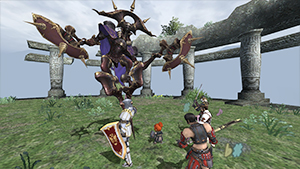 There are three types of campaigns that may run any given month.

The following 35 pages are in this category, out of 35 total.