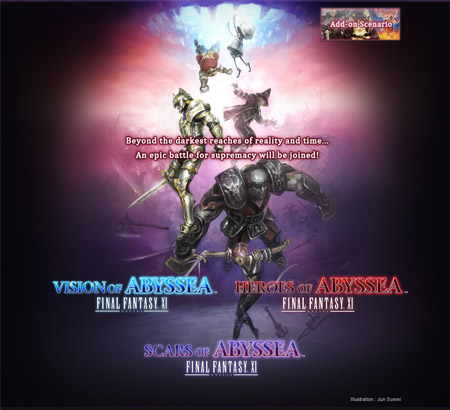 Hushed whispers tell of the appearance of new


Cavernous Maws that once again beckon adventurers
to the shattered world of Abyssea...

There, a desperate war rages on; ragtag bands of refugees
stranged in the harsh borderlands struggle for their
very survival against ungodly fiends and the wrath of the land itself.

All the while, they await the coming of a hero who will shine a light upon
the dark secrets of their world and deliver them from certain destruction.

Will you be that champion??