Were you looking for Salvage (Level 99)? 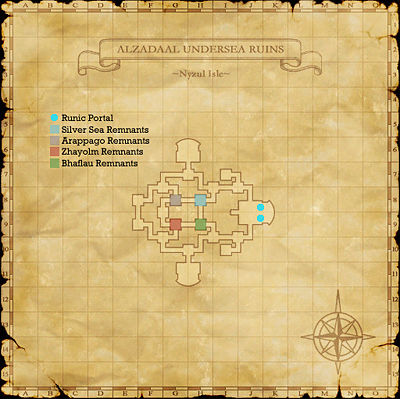 The original four Salvage battlefields designed for level 75 are:

Upon entering a zone and moving forward, prior to encountering any enemies, an Armoury Crate will be found containing a variety of imbued cells. These chests always contain the following 10 cells:

Additional cells either have a chance to drop or are guaranteed drops obtained from defeating various monsters in the area, and the cells that may be received typically depend on the type of monster defeated.

Level 75 Salvage includes a method of obtaining equipment quite different from other events. Instead of a piece of gear dropping that's instantly useful to a job at 75, pieces of gear at levels 15, 25, and 35 drop. Each final piece of gear is NPC crafted from its corresponding 15, 25, and 35 pieces.

To be crafted, each piece requires six of a crafting material as well as 10 Imperial Gold Pieces. The storage of components and crafting of gear are done by the NPC Ghanraam in Aht Urhgan Whitegate. After trading the requisite armor components, crafting materials, and gold pieces, the completed armor may be retrieved after 0:00 JST.

Reference Salvage Level 75 Rewards for a complete listing of the final completed armor pieces as well as all upgrade components and their drop locations.