Wings of the Goddess

Were you looking for Wings of the Goddess Missions? 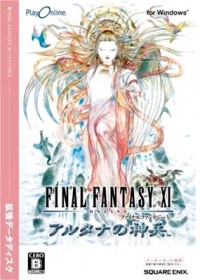 The fourth expansion of Final Fantasy XI was announced on May 12, 2007 at the Square Enix Party event in Japan. The expansion shipped for PlayStation 2 and Xbox 360 on November 20; the PC version was delayed until November 21 due to manufacturing issues. The expansion went live and became playable on November 22, 2007. On November 20, 2007, Square Enix updated Final Fantasy XI in preparation for the expansion. This update included a new large-scale battle known as Campaign. Dancer and Scholar were introduced in the expansion. Their Artifact Armor was released in the March 10, 2008 version update.