An "Afterglow" is an effect caused by using the correct linked Weapon Skills (or Shield Bash in the case of shields) while wearing the appropriate level 99 or Item Level 119 version of a Relic, Mythic, or Empyrean Weapon. 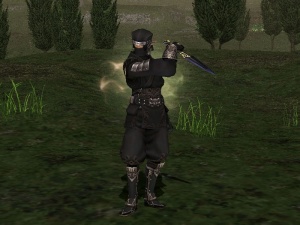 This effect is overwritten and excluded by any form of Aftermath, including the one that the Afterglow weapon user will receive when they WS. Meaning that the player activating an afterglow effect will never benefit from it, as it is immediately overwritten by the Aftermath of the weapon that triggered the Afterglow. It is essentially a 10' 30-second buff spreading out from the Aftermath weapon user when they use the associated WS. Differing afterglow effects stack (for example, one from a relic and one from a mythic weapon), while the same type afterglow effect does not stack but will overwrite and refresh duration (for example, from two relic weapons).
Any "Afterglowed" Ultimate Weapons will also bestow a small aura animation effect to the player while equipped. With color dependent on the type of weapon and the visual effect displayed depending on the following priority order: Main Weapon > Ranged Weapon > Sub Weapon. 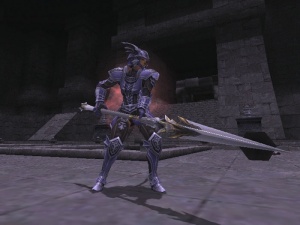 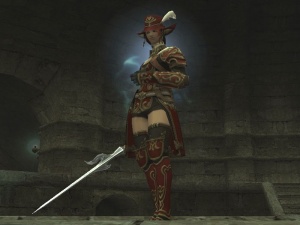