Smoldering Lamp:
Smoldering lamps can be purchased from Kilusha in Nashmau for 60,000 gil. Only one smoldering lamp is necessary for an entire group to enter the battlefield.

Trading a Smoldering Lamp to the Entry Gate in the Hazhalm Testing Grounds will open a dialogue with several options, including the option to reserve a particular chamber. Upon making the chamber reservation, the Smoldering Lamp will be replaced with a 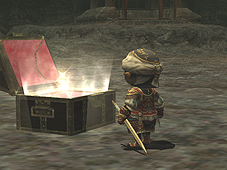 Upon clearing a chamber and opening the armoury crate, all players will receive a key item feather. There is one for each chamber, and the run leader (and each member of the alliance) will need at least one from each rank to enter into either of Odin's Chambers in Valgrind. All of the feathers from all players will vanish at the moment of entry into Valgrind. Players who either possess one feather from each tier or have defeated Odin (level 75) in the past (obtaining the title "Elite Einherjar") can obtain a Mark of the Einherjar by clicking the ??? spot in Hazhalm Testing Grounds. This allows them to reserve entry into any wing 2 or 3 chambers without having to clear chambers from previous wings and most importantly allows them to spend ichor to purchase items which can be traded for feathers (see below).