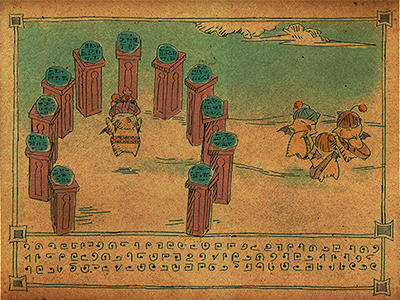 Sadly, it would soon become evident that the kindly king's tranquil temperament was not shared by his progeny, kupo. No sooner had the petty princes and princesses caught word of the tablets' existence than they embroiled themselves in a bitter brouhaha over which of them would inherit the freshly hewn heirlooms.

King Kupofried was devastated, dejected, and demoralized, kupo. How could his verses, born of such heartfelt joy, become the source of such strife among his scions? In a fit of frustration, he commanded his minion bats to scatter the stone tablets to the far corners of the world, that they might never be seen by moogle eyes again.
The next day, he vanished from his throne and kingdom, never to return.

Bereft of its wise monarch, Kupalika soon spiraled into decay—and eventually, downfall. The myriad moogles who once lived together as one people fractured into numerous tribes, some preferring to live alongside Altana's children, with others opting to preserve their nomadic customs.
One of these tribes, smallest in number yet stoutest in spirit, is that of the "explorer moogles," kupo. Tracing their lineage back to King Kupofried himself, these brave souls scour the far ends of Vana'diel in search of the long-lost tablets for generation after generation, that they might someday realize their legendary forefather's abandoned dream.

But relics of legend are not so easily found, and the explorers' staunchest efforts seemed doomed to end in vain, kupo.
That is, until just the other day, when a particularly intrepid explorer caught word of a tablet sighting.

Is this report authentic? If so, where are the tablets to be found?
And why have they only now surfaced, after so many years?
Most importantly, can any profit be had from this, so as to bring the MHMU out of the red at long last, kupo!?

The questions are endless, and there's only one way to answer them.
You—yes, you, my adventuring friend!—must lend your strength and substantial sleuthing skills to the explorer moogles' investigation.

Who knows? With your help, the mystical powers of our long-lost treasure just might bring peace and prosperity to the land of Vana'diel at its hour of greatest need.
So what are you waiting for? Go forth, and may the spirit of King Kupofried watch over you! 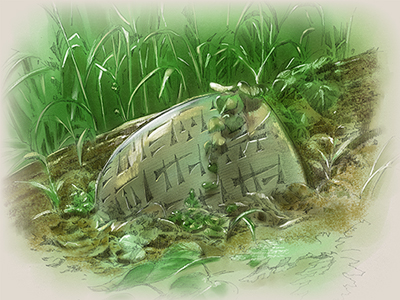 You heard the good moogle—only you can help recover the legendary treasure of King Kupofried!
Assist the explorer moogles in tracking down the eleven lost tablets, then bask in the benefits as their mysterious "Super Kupowers" fill the realm with happiness and joy!
Additional rewards also await the astute adventurers who unearth the precious relics.

The Mog Tablet Quest will commence on Tuesday, May 12 2009[1] at 1:00 a.m. (PDT) and continue indefinitely.
Super Kupowers will go into effect when all eleven tablets have been found, their magnificent moogle magic affecting nearly all (*see note below) known world areas. These beatific boons will endure for one week before the quest draws to a temporary close.
After a set period of time, the tablets will once more be scattered to the winds, and the quest will begin anew!
Players may check the current status of the Mog Tablet quest at any time by speaking with the Explorer Moogle stationed in Ru'Lude Gardens (H-9).

Tracking Down the Elusive Tablets

What's that? You want some advice before you go off gallivanting around the world? Very well, kupo.
Word has it that the eleven tablets are concealed in the areas below, at random, with no more than one tablet in any single location.
The tablets will reveal themselves readily to those who venture close enough, but be forewarned—mounted adventurers run the risk of overlooking the concealed treasures... 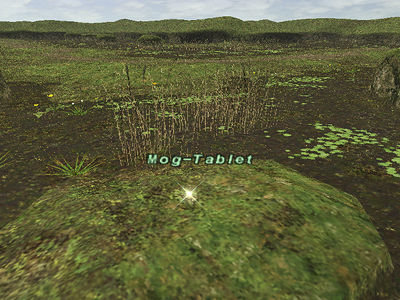 When a tablet is successfully unearthed, a message will be displayed to all adventurers in the aforementioned areas informing them of the discovery. The player who uncovered the tablet can proceed to the Explorer Moogle in Ru'Lude Gardens (H-9) to collect a well-deserved reward!

The mystical Super Kupowers of King Kupofried will go into effect once all eleven mog tablets have been recovered, providing an assortment of benefits for all adventurers within the affected areas. Three powers from the list below will be selected at random, and will remain active for one week (Earth time) before the quest starts anew.
*During the Adventurer Appreciation Campaign, all eleven bonuses will go into effect at once (see below for details).

*Effects will be limited to areas from the original FINAL FANTASY XI and the Rise of the Zilart and Chains of Promathia expansions, with certain areas excluded.
*Upon entering an affected area, a message indicating the active Super Kupower(s) will be displayed in the chat window.
*As of the September 2012 Version Update "Mystery Boxes: San d'Oria", "Mystery Boxes: Bastok", "Mystery Boxes: Windurst", and "Mystery Boxes: Frontier Lands" were combined into "Myriad Mystery Boxes" to make room for "Dilatory Digestion", "Boundary Buster", and "Bountiful Bazaar."

A twofold treat awaits the astute adventurers who discover the tablets! Players will receive Kupofried's Ring—a precious relic left behind by the legendary king himself that is said to possess prodigious powers—as well as an additional reward corresponding to the particular tablet they reclaimed; as follows: 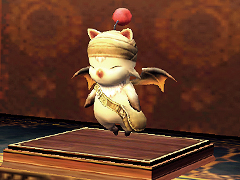 Under normal circumstances, recovering the complete set of Mog Tablets will trigger three randomly selected Super Kupowers. However, should the set be restored during "Adventurer Appreciation Week"—Tuesday, May 12 at 1:00 a.m. (PDT) to Monday, May 25 at the same hour—all eleven powers will be released simultaneously!
Just think of it as one small expression of gratitude to all of you who have helped to make Vana'diel the rousing realm of adventure that it is!