New missions have been added for the Wings of the Goddess expansion. 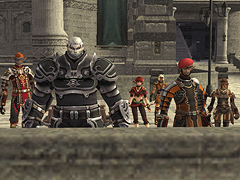 New quests have been added.

Introduction of "Fields of Valor." "Fields of Valor" is a new system in which players can take on voluntary training regimes to slay a number of specified enemies in an assigned period of time. One training regime may be undertaken per Vana'dielian day. If successful, players will receive experience points, gil, and Fields of Valor points redeemable for other benefits. 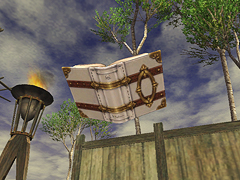 Players can undertake training regimes by examining the "Field Manual" in any of the areas listed below, then selecting "Individual Training" and choosing their desired objective from the subsequent menu. 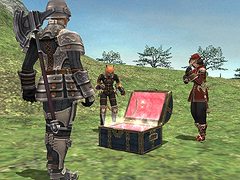 The respawn time for Treasure Coffers and Treasure Chests has been shortened, and the chances of obtaining artifacts, maps, and key items from them have been increased. Furthermore, after obtaining items or gil from a coffer or chest, players will temporarily become unable to receive items or gil from other coffers or chests.

Furthermore, with the above changes, certain doors that prior to this version update had been constantly open will now remain closed until activated.

The following additions and alterations have been made to Campaign:

The time delay before starting up Besieged after completion of server maintenance has been increased.

Members of a Level Sync party will no longer lose beneficial status effects such as Protect should the synchronization designee level up. Accumulated TP, and the effect of the Charm ability on monsters, will also no longer be lost.

The following equipment attributes have been added to the list of those which will remain in effect, and be adjusted accordingly, during Level Sync: Evasion / Enmity / Healing HP / Healing MP

While under the effect of Level Sync or any other form of level restriction, attack delays for crossbows can no longer be faster than 216.

The Reraise effect granted by certain spells and items will no longer be removed by magic and abilities such as Dispel and Voidsong.

While the query selection boxes associated with the white magic spell Raise and the black magic spell Tractor are being displayed, the same spells will no longer be able to be cast on that player.

When the experience points gained by a dragoon result in their wyvern receiving a status boost, the wyvern's HP will now be fully restored.

The following Group 2 merit point abilities have been added for the dancer and scholar jobs.

The fee for recharging these items will be consistent regardless of whether payment is required in Conquest points, Allied Notes, or Imperial Standing points. 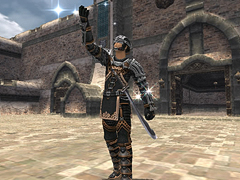 Many new pieces of equipment have been added.

Several new pieces of furniture have been added. 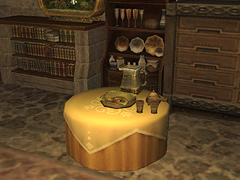 The elemental strength of the following piece of furniture has been reduced:
Miniature Airship

Chocobo Whistles will now be usable during Level Sync given that the player meets the level requirement after synchronization has taken effect.

The artifact and relic armor sets for the dancer and scholar jobs can now be enhanced by the NPC Sagheera, found in Port Jeuno.

Dancer and scholar-specific items have been added to the treasures obtainable in the Dynamis and Limbus areas.

The fees incurred for storing all item sets and furnishings have been halved.

The following item has been relocated to the "Materials: Alchemy" category of the Auction House:
Dyer's Woad

The following entries have been added to the auto-translate dictionary:

The amount of fishing fatigue incurred has been increased for characters below level 20, and for characters for whom less than two weeks have elapsed since their first login. In addition, the quest-related items, "Ripped Cap," and "Fat Greedie," will be easier to catch for players meeting certain conditions.

The following terms have been restored to the auto-translate dictionary:
Weapon Skill / Detonator

The potency of the dragoon's wyvern ability Healing Breath will now be adjusted accordingly when level restriction has taken effect.

In Fields of Valor, canceling a training regime by way of a job change will result in players having to wait one Vana'dielian day before being able to undertake another.
*This issue can be bypassed by canceling your current training regime through the Field Manual.

Players who attempt to trade with another who is already doing so will be shown an unnatural system message.

The rare item icon is not displayed for the Hero's Combat battlefield entry item, "Cordial Invite."
*Only one of these items can be in the possession of a player at any given time.

When talking to a map marker NPC, the marked locations for outpost warp NPCs do not reflect their new positions.

In the help text for the scholar's new Group 2 merit point ability "Enlightenment," the reduction in recast time is incorrectly displayed as 1 minute 30 seconds. The correct figure is 1 minute 15 seconds.

The introduction of the new "Moblin Maze Mongers" system originally scheduled for this version update has been delayed due to extension of the QA period. The specific release schedule will be announced on Topics as soon as it is decided.