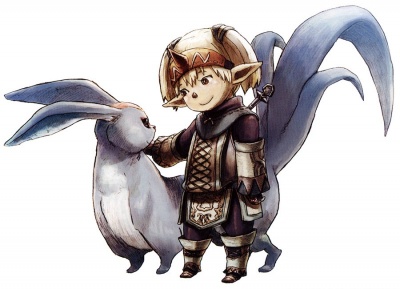 SMN Notes and Other Stuff

Greetings. This is a short primer on utilizing and gearing SMN for endgame, intended primarily for novices and fellow LS members interested in my experiences.
I have no intents on publishing this article as a guide, and given the lack of HQ SMN items available on our server, most of the gear choices herein will be of the budget and accessible variety, rather than best-in-slot choices.
For more comprehensive and authoritative resources on being a better SMN, try here.

NOTE: This article assumes the reader is comfortable with using Gearswap. I personally use a modified version of Pergatory's SMN Lua.

As a new level 99 SMN, I recommend focusing your efforts on the following:

Most gearswap files will have a separate set for idling with and without your avatar.
This set is for the former, and the goal here is to reach the perpetuation cost cap of -14 MP/tic first and foremost. Once you have reached the cap, avatars will cost at most 1 MP/tic, even with Avatar's Favor up, so your Auto Refresh will easily cover that.

Once you have the "Superior 2" Gift at 100 JP, you will want to switch to a Sancus Sachet as soon as possible.
I have purposely excluded augments from the items above in the event obtaining multiple Apogee pieces is out of the question for the sets below.
Most of the pieces listed above and hereafter are interchangeable with their NQ and HQ variants. Customize your set based on available gear.

Blood Pacts are generally categorized as either physical or magical damage, with the exception that Ifrit's Burning Strike and Flaming Crush are considered hybrid damage.
In the event you have a Nirvana and HQ Apogee pieces at hand, see Pergatory's LUA file above on gear choices while Garland's Aftermath is up.

The budget path above is primarily designed around a single JSE cape and Apogee set.
It takes a well-augmented Grioavolr to pull ahead of a Path A Espiritus, so consider skipping this step if Oseem augments are a problem.
Do not fret if you are missing the Omen/Vagary accessories; the bulk of your avatar's damage comes from your armor and weapon choices.

Blood Pact delays have a combined cap of -30 seconds from player gear and gifts, and no more than -15 seconds can be applied per delay tier.
Once you have obtained the 500 JP (Superior 3) gift, the HQ Sancus Sachet and Baayami Attire Set can help you reach the BP delay cap while providing copious amounts of Summoning Magic Skill.
An Espiritus can provide additional BP delay II if you do not mind potentially losing TP on swapping weapons.

NOTE: Depending on your gearswap file, your BP delay set may be listed as a precast or midcast set.
The delay set should equip as soon as a BP command is sent, and similarly, your BP damage sets should equip once your avatar begins its BP animation.

SMN at a Glance

Here is where I attempt to answer questions and grossly generalize SMN at the same time:

A summary of useful BPs I have encountered for solo and group play. This list is not exhaustive.

Given the large amount of pet stats gained from SMN gifts and JP categories, I highly recommend maxing the Astral Flow/Astral Conduit effects and acquiring all the physical BP related stats (1710+ JP) prior to attempting a conduit zerg.
Secondly, if you are using Gearswap, ensure that you are not accidentally swapping into a precast or aftercast set during Astral Conduit.
At the time of this writing, Pergatory's LUA will equip an idle set following conduit BPs and assumes the user will stagger BPs approximately 1.25 seconds apart.
If this proves inconvenient, you may opt to equip your BP set and //gs disable all during Astral Conduit [or] add code to disable his idle() function calls while conduit is up.

Final Notes
In general, I would avoid using Convert during Astral Conduit if possible. Meteor Strike can be used from approximately 15 yalms away.
Some NMs may require additional jobs and deviance from what I have listed above (e.g. skip Impact for Vinipata if using physical BPs).
Ultimately, tailor your strategy based on your enemy and party members.

Thanks to Pergatory of Asura for providing constructive feedback and all the SMNs on the FFXIAH.com forums for sharing their knowledge.

Also thanks to the following BG mods for having nice guides and user pages to learn (read: steal) wiki markup from:

So you are probably wondering where the other stuff is.
Well, it is on the back burner as I collect suggestions from my LS.
I am going back to lurking now.
Hi, Mittens! (◕ᴥ◕)