The only prerequisite to participating in Coalition Assignments is obtaining the Pioneer's Badge from the Pioneer Registration mission.
Upon obtaining the badge, pioneers will be granted three Imprimaturs. Imprimaturs are items distributed by the government of Adoulin which allow adventurers to show their support for individual Coalitions.

The Task Delegator within each Coalition is responsible for assigning pioneers with the various assignments, while the Civil Registrar explains the various activities.

There are 95 unique Assignments. Five of these are "Provide:" assignments for the Couriers' Coalition, which are usually not available.

Speak with Reja Ygridhi in the Celennia Memorial Library after meeting the prerequisites in order to attain the following Key Items: 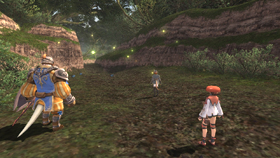 Upon signing up for an assignment, one, two, or three imprimaturs may be utilized. Using more imprimaturs will result in larger rewards, but is slightly less rewarding per imprimatur used:

Upon completing an assignment, a voting option will be displayed with one or more referenda to choose from. Each potential option corresponds to a coalition "edification" upgrade. If enough assignments are completed over the course of a week (one Earth week, ending at midnight JST every Sunday) and a coalition's edification rank is set to rise, the edification added to the coalition will be the one which received the most voting support over the course of the week. The impact of your vote is determined by the number of imprimaturs used. The various assignments available and the services associated with various edifications are explained by the Civil Registrar in each coalition.

See individual Coalition pages for more information on the effects of each edification.

1 Dependent on the Coalition quests you complete. Completing quests at your current standing or the one prior will give you full recognition, completing others will require you spending more imprimaturs.

Note that the rewards shown below for frontline support assignments show the range of rewards possible. Delivering supplies to Bivouacs which are more difficult to access will yield additional EXP/Bayld based on the distance from the station and the number of Reives which could potentially block access.

1 Morale boosting assignments to individual areas are available only if the frontier station in that area is established.

Note that the rewards shown below for land survey assignments show the base amount of rewards possible. Surveying Ergon Loci which are more difficult to access will yield additional EXP/Bayld based on the distance from the station and the number of Reives which could potentially block access.

The following 96 pages are in this category, out of 96 total.